Vigorous client representation has been our guiding principal since our start in Brandon in 2008. Our entire mission is built around one thing, protecting our clients' interests’ legally in Tampa Bay and throughout the state of Florida. From Divorce & Family Law to Criminal Defense and from Business & Civil Litigation to Personal Injury and Workers’ Compensation, our team of experienced trial attorneys are ready to protect you.

Our attorneys work diligently to ensure your case is handled with the utmost care and respect for your time and of course, your wallet. We truly believe that each client deserves the highest quality representation possible, and we provide personal attention at each stage of the legal process.

​DUI
​The impaired operation of a vehicle can lead to hefty fines and jail time.  If accused, working with a Criminal/DUI attorney can help make sure you get the representation you need.

​BUI
​Boating under the influence is similar to a land based DUI’s but have some significant differences that may prove important in your case.  Understanding all the intricacies involved with BUI can become an important part when accused of Boating Under the Influence
Brandon Legal Group, We’ve Got You covered ​​ ​(813)-902-3576
Listen To What Our Clients Say…Because It’s Our Clients That Matter Most

(you may need to click on the image for sound) ​DUI Defense
​​A DUI conviction can have a major impact on your life, including the loss of your job. If you have been arrested for a DUI, it’s essential that you act as quickly as possible.  There can be many issues that complicate a DUI charge. It is essential to have expert legal advice to support your case.

Under Florida law it is vital to act as quickly as possible when faced with a DUI charge. The state has a rule that says you have only ten days to arrange a hearing with the DMV. This is essential if you want to prevent an automatic suspension to your driving license. By contacting a Tampa DUI attorney as soon as possible, you can ensure we will act quickly.
​There are several aspect of a DUI that can come into play during your case.  Some of these are:
​
​Field Sobriety Tests
These are the tests that are performed on the side of the road to help determine your level of sobriety.  These tests are tools to help the officer make a designation of your sobriety but do not always provide the whole picture.  Issues due to injury or other illness can affect these tests even when performed sober. Having difficulty with these tests often leads to the request of a breathalyzer test
​
Breath & Blood Tests
Arrests for DUIs often occur after a failed BAC (blood alcohol concentration test). Blood tests are another possible route. It is still possible to fight your case particularly on the basis of a faulty test or if one had been refused.

Drug DUI
DUI’s may be administered for both alcohol as well as being found under the influence of other drugs both illegal and prescribed that causes impairment to operate a motor vehicle.

Felony/ Multiple DUI
Having more than one DUI in a recent period of time can have catastrophic effects on your life and ability to drive.  Understanding the severity of the DUI change and your personal history can have a key part in the end resolution of your case

Commercial DUI
If you drive for a living a DUI conviction could cause you to lose your job.  Having an attorney experienced in Commercial DUI charges can help ensure you are protect when your lively hood may be at stake.
​
​​B​UI​​​(Boating Under the Influence)
With all the boats in the Tampa Bay Area and throughout the state Florida it is important to remember that you may still receive a DUI while operating a boat.  This is often referred to as a BUI and has some notable differences between a traditional land DUI.  The laws vary from state to state, but in Florida although you can operate a boat while consuming alcohol you still must maintain the required .08 blood alcohol level to operate it legally.

There are other intricacies that can arise from being on a boat and not on land.  Having an attorney by your side for a BUI can help navigate these steps and ensure that you are following all applicable laws and practices throughout the process.
Case Study: ​Because legal issues rarely stand their own
A client of ours, a retired Air Force officer, came to the office needing advice on divorce.
While speaking with the attorney, he discovered that he was potentially eligible for Veterans Disability benefits.
Because Brandon Legal Group covers several areas of law they assessed the complete picture of the client.
Other firms that practice in one area, may not have been aware of his Veterans benefit potential.

Once the divorce was concluded, our client needed to have his will revised and Brandon Legal Group was able to assist with this as well.

All his legal needs were served at one location – Brandon Legal Group, PLLC Debunking Attorney Myths
It's too expensive to call an attorney.​
​
​​At Brandon Legal Group, your initial consultation is free.  Personal Injury cases are offered on a contingency fee basis meaning there are no out of pocket expenses unless there is a financial recovery in your favor. In other matters, if you think an attorney representing you is too expensive, imagine living without seeing your children or spending the next 10 years in prison…
Having an attorney makes you look guilty.​
You may be great at a lot of things, but when is the last time you were lead counsel in a criminal matter?  Every individual has a Constitutional right to experienced legal counsel no matter the magnitude of the matter.  In many instances, the Court may prefer working with experienced Counsel rather than a layman as all litigating parties will be held to the same legal standard and process.
Lawyers just complicate the process.​
​
Experienced attorney’s should foresee pitfalls in your case and reduce the chances of last-second surprises that delay or disrupt the finalization of your legal matter.   Attorneys know the process, know the nuances of varying judges courtrooms, and can provide you with the proper resources to make the best decisions in your matter.
WHO WE ARE
​Full service law firm serving the greater Brandon and Tampa area.
When you place your legal matter in the hands of our experienced Brandon legal group attorneys, you are placing it in the hands of professionals with over 80 years of experience committed to helping you achieve the best possible outcome for your case.
​Our​
​Philosophy
Litigation can be laden with emotion and uncertainty, we pride ourselves on providing enthusiastic legal counsel with confidence, integrity, and compassion. Our attorneys are committed to providing you with unmatched support and attention. We will listen carefully to your concerns, answer all of your questions, and work with you to help you overcome any obstacles. We will aggressively represent your rights and best interests through each step of your case so that you receive the best possible legal outcome. Discover What Makes Brandon Legal GroupThe Right  Attorneys For You.
Get advice and insights from our team of experienced attorneys​.Call Or Contact Us Today!(813) 902-3576
Brandon Legal Group - Service Overview
We've Got You Covered 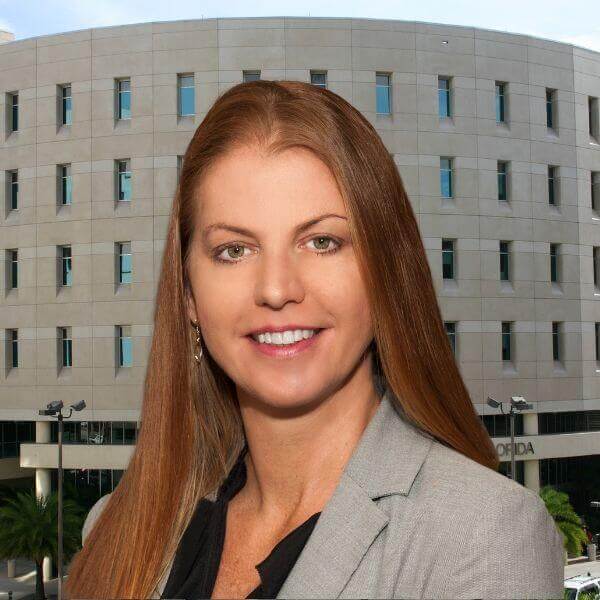 Ingrid
Hooglander
In 2008 after gaining years of experience under the watchful eyes of her predecessors, Ms. Hooglander opened her own private practice that has grown into what Brandon Legal Group is today.

Her weight lifting and Kick Boxing training contribute to a reputation as a "force of nature" in both her personal life and her presence in the court room. 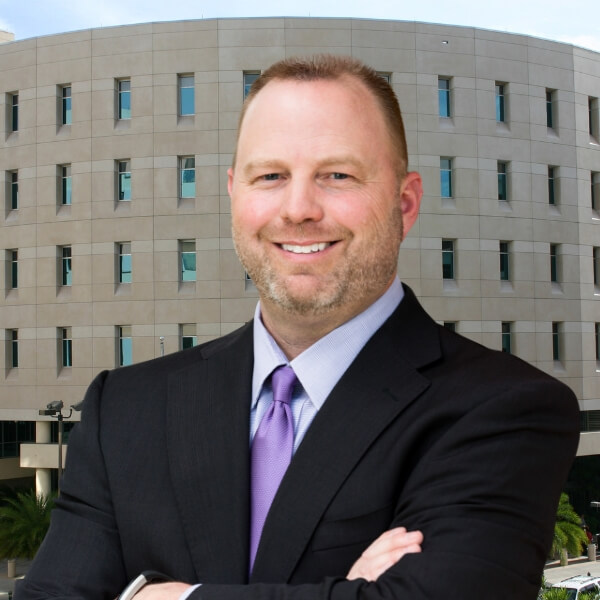 David
​Faulkner
Prior to joining Brandon Legal Group, David was an FBI Special Agent assigned to the Public Corruption Unit in Miami.  Today he uses that "other side of the fence" experience as a practicing lawyer with over two decades experience representing clients in federal and state criminal cases. 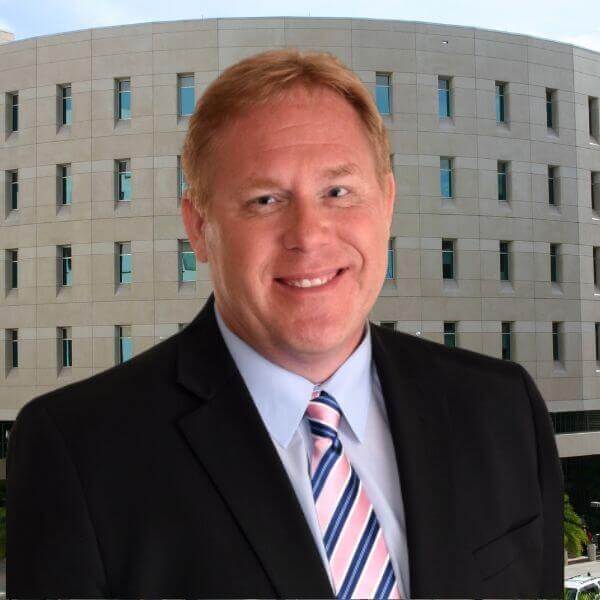 Mr. Mattson might look like he’s all business, but you'd be surprised to discover the incredible fun loving attitude he brings to the practice.  When outside the courtroom, Mr. Mattson can often be found watching Lightning games or riding his bike around downtown Tampa.
​See More 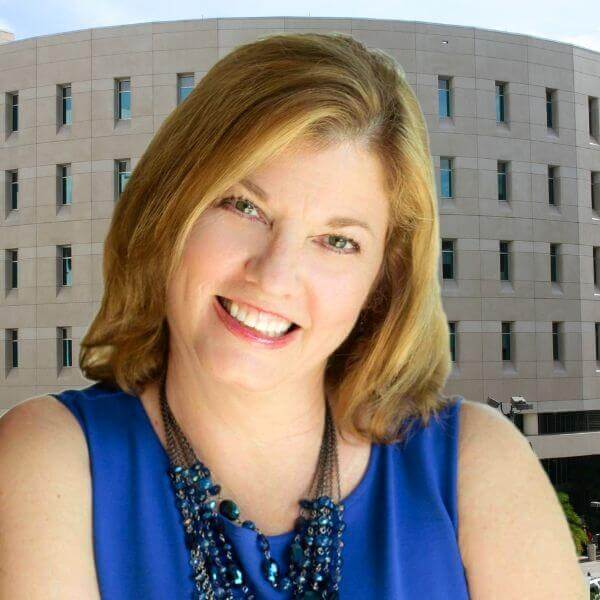 Donelle
White
Ms. White was born in Reading, Pennsylvania and has been a Brandon resident since 1993. Since graduating from Temple University, she has concentrated on Personal Injury, VA Disability, and Workers’ Compensation cases.

When she has the time, Ms. White enjoys finding her way to the golf course, and working with various organizations around the area including the Brandon Junior Women’s Club, and the American Cancer Society.
​See More
Select Columns Layout

Hear What Clients Like You Are Saying About Us: Charles G.
Ingrid is a gifted attorney with significant subject matter experience in family law matters.  She has a ton of experience and is an expert in this practice area.  She is a hard worker and puts clients first.  She is able to gain exceptional results for her clients.  Without hesitation I endorse Ingrid.

​What Happens to my Driver’s License after being pulled over for a DUI?

​If the officer charges you with a DUI, the officer will take your driver’s license from your possession. You will be issued a citation which will serve as your temporary license for the next 10 days. It is best to hire counsel within the 10 day period to allow them to make a demand to extend the license and to represent you at the hearing.

​Can I get a DUI even if the Vehicle is not Moving?

Yes.  If you are in "Physical Control of the Vehicle" you could be charged with a DUI.  This can mean driving, parked with the keys in the ignition or anything in-between.

What is the diﬀerence between a DUI and an Aggravated DUI?

A DUI is when you have a BAC of .08%or more, where as an Aggravated DUI has to be
either a BAC of over .15% or if a minor passenger is involved.

​Easy To Find And Convenient Hours

​Our skill sets allow us to provide many legal services to our clients and to resolve complex legal issues that are often intertwined. We are able to leverage our internal resources to keep cases in-house. Without the need to outsource a matter, we have the opportunity to find a more efficient resolution.

Brandon Legal Group is a full service Tampa Bay trial law firm that represents clients throughout the state of Florida. Our ultimate goal is to protect your rights and pursue the best available legal outcome. With more than 85 years of combined legal experience, BLG is well qualified to pursue the best legal outcomes for clients of varying needs.

We hate spam and we respect your privacy 100%. Your email will never be shared.