Expungements – Getting a Clean Start 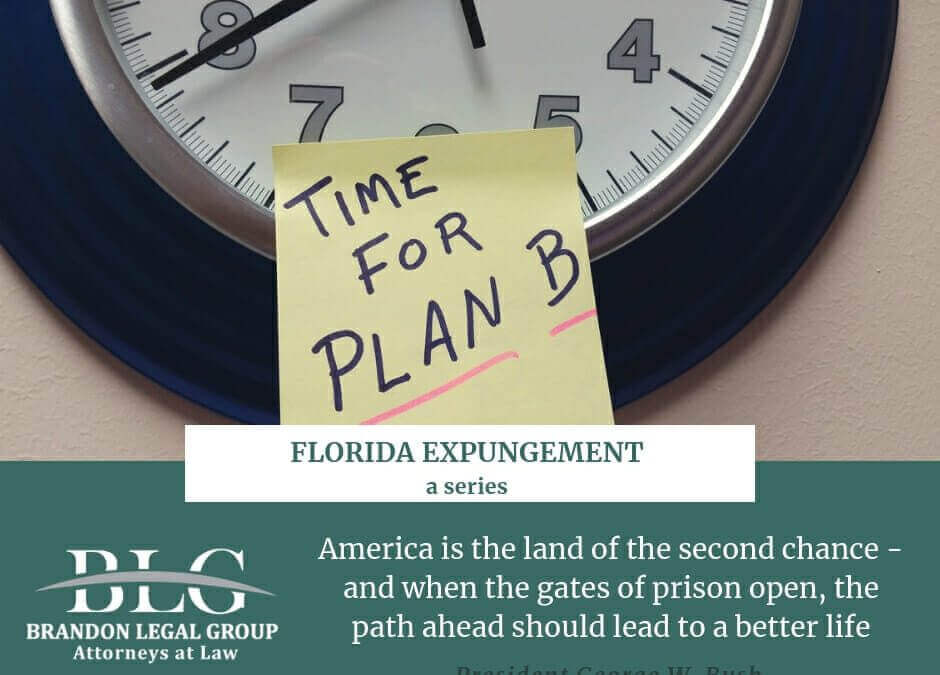 Have you ever been arrested or got a Notice to Appear in Florida? If so, then you likely have a criminal record, even if the case was abandoned or dropped.

There are serious negative consequences if you have a criminal record. A record can prevent you from getting housing, or a job or interfere with many other opportunities in life.

Your record may be able to be removed with a Florida expungement or sealing. That way you can say that the arrest never occurred.

What Is A Florida Record Expungement

The definition of expungement according to Florida Law,  is where a criminal record could be turned into a non-public record for anyone who was arrested or got a Notice to Appear. This procedure is very helpful in getting rid of the many obstacles that are associated with having a criminal record.

What does it mean to Seal or Expunge a Florida Arrest Record?

The record isn’t just made non-public, the law takes it a step further.

The public records law in Florida is very expansive and it is a significant undertaking to make a record non-public. You benefit directly (like the ability to deny the arrest never happened), and will no longer be getting penalized by government agencies for non-disclosure, etc.

The actual expungement or sealing of your criminal record means that your arrest record moves from a public to non-public record. It doesn’t get rid of it everywhere.  The F.B.I and F.D.L.E keep confidential details of your arrest for historical and statistical purposes. It also falls into the expectations of disclosure wich entities that are entitled to access to your sealed or expunged record. Even so, there are still advantages to sealing or expunging your criminal record. One of the country’s most extensive legal protections takes place in Florida.

What if I have more than 1 offense?  Do I still qualify for expungement?

Expungement or sealing of a criminal record in Florida doesn’t apply to first-time offenders only.  You might be able to qualify if you didn’t have a previous Florida record expunged or sealed or if you were never convicted of a criminal offense.