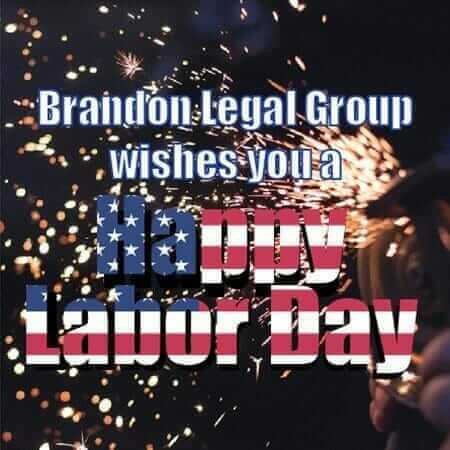 Around the Tampa area, the new school year is in full swing. School buses crowd the commute to work and children complain of homework. Today, however, offers a break from the new routine. Labor Day has arrived. For many of us this simply means an extra day off work spent traveling or barbecuing, but there is so much more to this holiday.

A brief History of Labor Day

Labor Day celebrates American workers annually on the first Monday in September. After the boom of the Industrial Revolution, the American Labor Movement followed as workers fought for better working conditions.

According to the History Channel, on the 5th of September 1882, unhappy workers in New York City marched down the street to protest working conditions. Many believe this act began the long-standing tradition of Labor Day parades.

Although many states began to recognize and celebrate the holiday, the national government did not. In 1894 after a railway strike and violent riots in Chicago, worker’s rights were at the forefront of American issues. That same year the national government and President Cleveland passed legislation regarding Labor Day as a national holiday in the territories and the District of Columbia.

A century after its creation, Labor Day’s founder is still debated. Peter McGuire, a carpenter, and Matthew Maguire, a machinist, are two people whose names appear most often. Read more about Labor Day’s history. (https://www.dol.gov/general/laborday/history)
For all of those who will be relaxing, do not forget about those who are still hard at work. Brandon Legal Group will be taking the day off, but tomorrow we will be back and ready to continue helping workers and small business owners  like you.