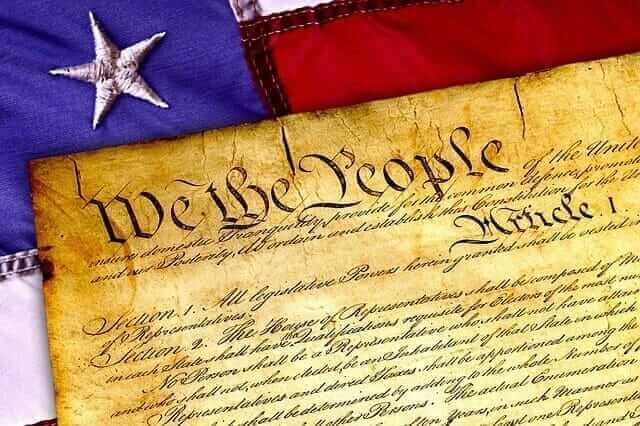 Thank you to Minch Minchin, University of Florida, Levin College of Law up in Gainesville Florida.  While not a winner, still a very well documented essay.  Feel free to enter in our next Scholarship.

We would like to emphasize, that the following is a work by a student, in pursuit of a legal scholarship.  This work is not a work product of an attorney, or anyone that works for Brandon Legal Group, and should not be treated as legal advice.

Life, Liberty, and the Pursuit of Happiness: Why Marriage Matters

If we take at face value Thomas Jefferson’s proposition that the purpose of government is to foster life, liberty and the pursuit of happiness, then government should be exceptionally concerned with health of its citizens’ marriages—because marriage promotes all three. This article briefly discusses each of these benefits in turn and demonstrates that marriage yields benefits to parents, children, and society as a whole.

Excepting marriage, the only child-rearing alternative is a program in which children are wards of the state. Plato, in his Republic, declared that this arrangement was ideal. Yet Plato’s student, Aristotle, rebuffed his master, stating that “what is common to many is taken least care of.”  Contemporary social science evidence strongly suggests that Aristotle got it right, as children raised in non-married households are statistically more likely to die young, and generally live five years less than their counterparts raised in married households.

Perhaps the most obvious liberty-related interest the state has in marriage is that children who grow up in married homes are significantly less likely to go to prison. But even more fundamentally, the Supreme Court has repeatedly recognized the government interest in marriage and child-rearing by enshrining them among substantive due process liberties. As the high court wrote 100 years ago, “[t]he child is not the mere creature of the state.” Marriage and family matters, the Court opined, are not only “implicit in the concept of ordered liberty,” but also are foundational to the function of any free society.

Children who grow up in married households are better off by every meaningful proxy for happiness: they are less likely to abuse drugs, drop out of school, possess mental health problems or have feelings of loneliness. They are also more trusting, have superior personal skills, and are less likely to contemplate or commit suicide.

But even more than the children, married couples are on average also happier than they otherwise would be. Statistics illustrate that married men are happier, healthier and wealthier. They also work harder and earn significantly more than their single or divorced counterparts. Married women, furthermore, often report greater happiness and satisfaction—and jointly, married couples are much less likely to experience domestic abuse than are co-habitators.

Exceptions to the marriage-is-better rule exist, of course, such as in marital domestic abuse cases. As family lawyers know all too well, the practice of law often concerns itself with the second best, rather than the ideal. Yet the general principle remains inviolate: children raised in married households are happier and healthier, and their parents are wealthier and more satisfied with life.

As both the Federal Government and the State of Florida have learned, the aggregate effect of strong marriages is a reduction of crime, taxpayer burden, mental health problems, depression and a host of other social ills. The state interest in marriage, therefore, is a compelling one: healthy marriages lead to a healthy society.

[5] Howard S. Friedman & Leslie S. Martin, The Longevity Project 2011. When discussing these data, it bears noting that correlation does not equal causation. Yet one cannot ignore the striking disparity.

[10] The liberty interest is also reflected in provisions such as spousal privilege—the primary public policy goal being the interest in strong marital relationships. Fed. R. Evid. 501.