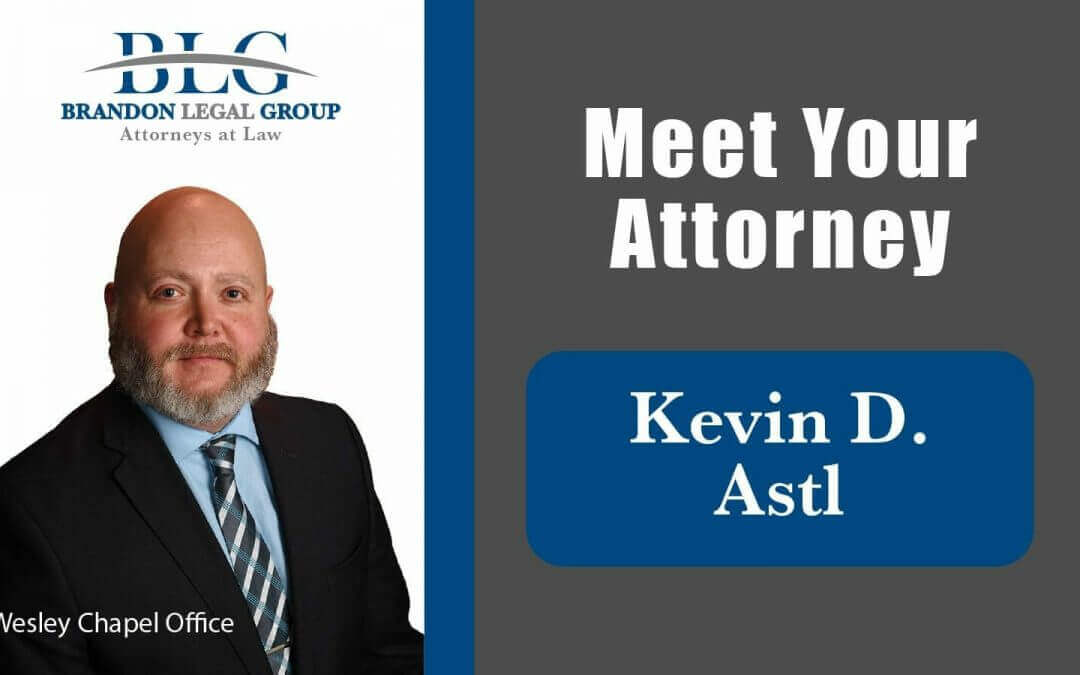 “Hi. I’m Kevin Astl. I am the managing attorney at Brandon Legal Group’s New Tampa and Wesley Chapel office. I practice in the areas of high-conflict divorce & family law, business representation & litigation, criminal defense, and entertainment & music law. I’ve been practicing law for nearly 18 years now. An interesting fact about me is that I used to play drums in heavy metal bands; one of which was a very popular signed band.”

Attorney Kevin D. Astl has been with Brandon Legal Group since February of 2015 and manages our New Tampa/Wesley Chapel office (20701 Bruce B. Downs Boulevard Suite 202). Mr. Astl was born in Missouri but was raised all over. For his undergraduate degree, Mr. Astl became a Floridian and a USF bull. Next he headed to Georgia for law school at Walter F. George School of Law at Mercer University. He decided to study law because it is intellectually stimulating; although, his mother would tell you it is because he likes to argue. Unable to stay away from the Sunshine State, Mr. Astl returned to Florida shortly after law school.

Although a fierce lawyer in the courtroom, Kevin may not be your typical attorney. Outside of work, you may find him with his drum set. This former heavy metal rock star also has a soft side. He is a father of two children and has a 4-pound Yorkshire terrier named Karma. His favorite life experiences include having children, sky-diving, and playing music in front of thousands of people. His favorite color is green.

To schedule your free consultation with attorney Kevin D. Astl, call us at 844-4BLG4ME.