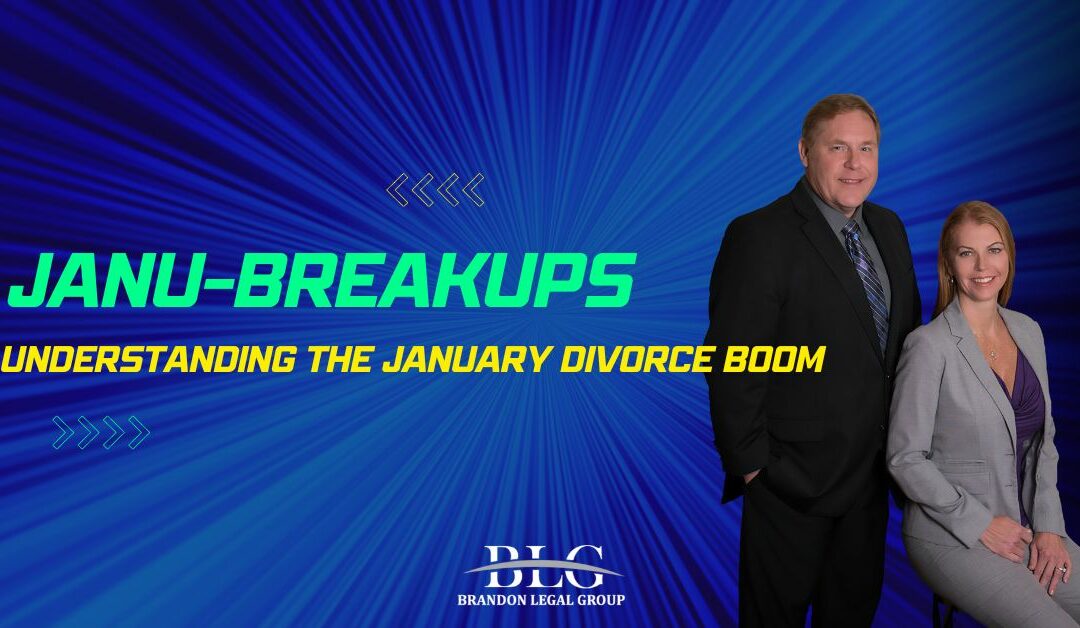 It’s not exactly the happiest way to welcome in the New Year.

Every January, a strange occurrence known as “Janu-breakups” takes place. Divorce filings rise in January each year compared to other months, raising concerns about the reason behind this sharp increase. Could the strain of the holidays be to blame? Or perhaps your New Year’s resolutions failed?

January has been referred to informally as “Divorce Month” for many years. Many legal professionals think the holidays are the simple reason behind this propensity. But, of course, everyone avoids getting divorced around the holidays. But let’s say a marriage, especially one with kids, started thinking about divorcing before the holidays. So that their family can celebrate one last Christmas together before divorcing, they make it a point to remain married through the end of the year.

There are many reasons why the holidays increase the number of divorces in January. Marriage stress raises tension levels around the holidays, and they don’t want to deal with both situations. When a couple is having trouble keeping their marriage together, one or both parties may feel pressured to consider divorce as part of their annual self-evaluation. Many make resolutions for the new year to get their personal lives in order, even if that means ending an unhappy marriage.

Others could become caught up in the seductive lights, uplifting music, and excessive revelry that they think their relationship will work. On January 1, however, as soon as the clock strikes midnight, problems in the real world start to accumulate like snow on the county courthouse.

Another factor for persons divorcing in January is tax issues. You might have previously filed a combined tax return and don’t want to deal with it moving ahead. On the other hand, you might wish to fix any tax issues before the year’s end. These days, divorce rates among spouses are far from only attributed to taxes.

Lawyers do notice the January difference; it’s not a myth. For example, in Washington, the bulk of divorce petitions filed in the state is made in March, according to research by the University of Washington. This can be because it took many months, from the initial consultation with a lawyer in January to the creation and filing of the legal paperwork necessary to start the divorce proceedings.

Although there isn’t typically a surge of new divorce clients in January, it is typical for clients who have been undecided about whether to file for divorce or simply start the divorce conversation with their spouse to use the month as a jumping-off point.

In conclusion, Janu-breakups are an intriguing occurrence with many underlying factors. Several factors, such as the strain of the holidays or the anxiety of starting back at work or school, may lead someone to end a relationship in January. However, it’s vital to remember that every circumstance is unique and that each person should determine what suits them and their relationships the best. Divorce can be challenging and traumatic but can also be a chance for development and learning.

Get in touch with the attorneys at Brandon Legal Group for assistance with your divorce plan.