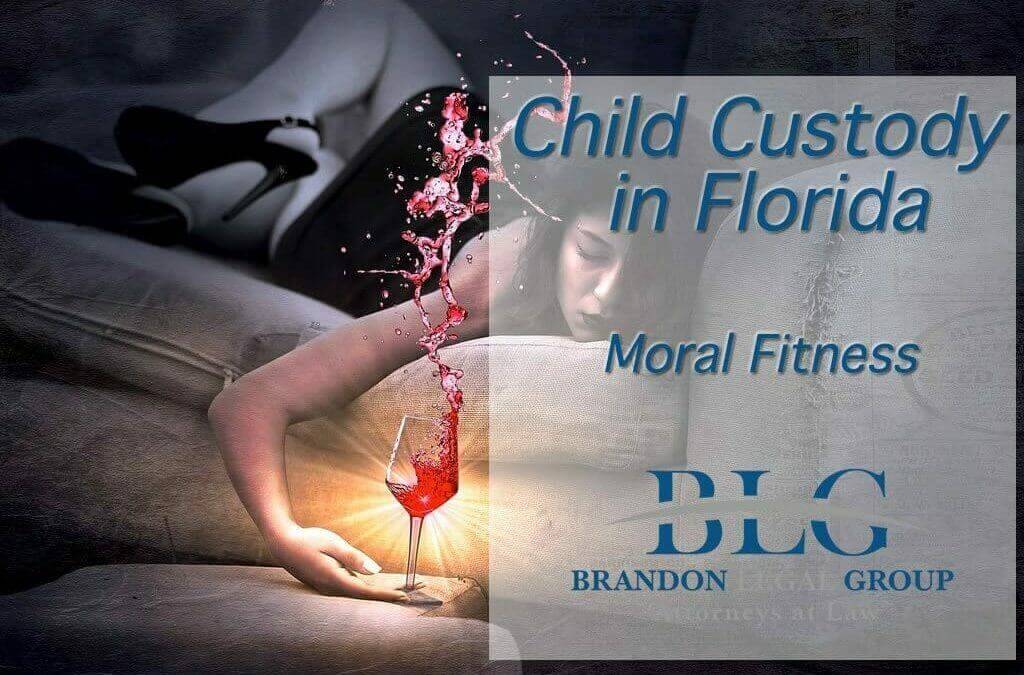 Florida factors in the parents’ moral fitness as an element in deciding the child’s best interest. Moral fitness usually describes the conditions that could impact a child’s moral and ethical advancement such as drug abuse, verbal abuse, or unlawful activity.

What is important to note is that the Moral Fitness generally has to be an issue that impacts the children.  It is not typically a blanket “this activity is immoral”  rather that it impacts the child.  For instance, if a wife has an affair, that is certainly not by today’s standards a “moral” act.  One could argue that having an affair “should” disqualify the wife on the grounds of moral fitness.  However, if the affair never entered into the child’s world… then an immoral act, would not have impact on the child, and it could be argued that the affair has not impact in the argument of moral fitness in a custody case.   There are so many nuances, that before one runs off believing that they have a hands down win, or assumes an automatic loss, of custody based on past events, you should contact a custody attorney.

We suggest calling Brandon Legal Group, and speaking to one of our family law attorneys, long before you are at the “going to court” stage, in order to prepare the best offence, or defence, and to protect you, your rights, your property, and most importantly, your family.  Your initial consultation is always free.

Due to the Covid-19 pandemic, and in anticipation of a stay-at-home order by our County Commissioners and/or possibly the
Governor of Florida,
And in order to protect you and our office staff,
we have shifted to working 100% remotely at this time.

We sincerely apologize for any inconvenience this may cause.  However, please understand that aside from meeting face to face, our infrastructure allows us to work at full capacity in order to help you meet your legal goals.

We are able to conduct e-filing with the court, schedule court dates (as long as they remain open and/or accepting dates), conduct video hearings, video mediations with professional mediators, and negotiate with opposing counsels and parties.

We are here the legal needs of you and your family!

Our phone systems are still operating so please call us at our normal number 813-902-3576 and follow the instructions accordingly!
If you need to send us documents, please use the following free methods on your smart phone.
Again these are free scanning options:
Adobe Scan, Cam Scanner, or the Notes App (iPhone only)

In order to sign documents, we may have you complete this task in one of two ways (also free).
Adobe Reader on your phone or through an electronic method such as Authenti-sign which would be emailed to you!

Thank you for your business!  We have your backs during this trying time!  Stay positive, stay safe, and keep moving forward!