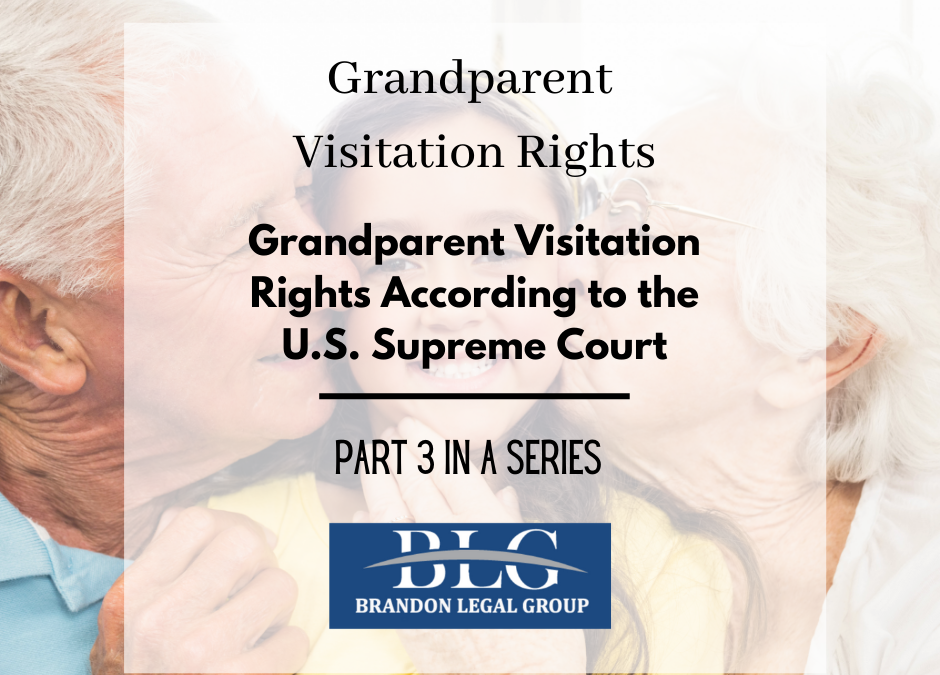 Grandparent Visitation Rights According to the U.S. Supreme Court

It is a fundamental right under the Constitution that parents have the right to make decisions concerning the upbringing of their children. However, the enactment of some states’ visitation rights has led to constitutional challenges to the Supreme Court. In the well-known Supreme Court case, Troxel v. Granville, the grandparents petitioned the Court for visitation time after the child’s mother limited visitations to once a month and to some holidays.

The U.S. Supreme Court held that the Washington statute violated the mother’s right as a parent. Particularly, all (fit) parents have a fundamental right to make decisions regarding the “care, custody, and control” of their children.

As such, the Washington statute was held to be overbroad. Mainly because it allowed the court to overrule a parent’s decision about the visitation of the children’s grandparents or any other third parties who may seek visitation, even if the parents are fit to make that decision for themselves. Explicitly, the statute permitted any third party to petition the court for visitation rights. The statute also permitted a judge to grant visitation to that third party if he or she held was in the best interest of the child. There, overruling the parent’s decision. The Supreme Court held that, by granting judges this power, the Washington state statute was in violation of a parent’s fundamental right to raise their children, as they see fit.

We Serve during COVID-19